Oligo.DX is the only natural cellulite treatment powerful enough to reduce it significantly for 89% of women. Utilizing micropatch caffeine, a recently discovered cosmetic breakthrough, along with other technological advances. Oligo.DX reaches subcutaneous deposits of lipodystrophic cellulite and increases the bioavailability of caffeine by 114 percent, compared to free-form caffeine found in conventional cellulite treatments. This feature delivers the only topical formula clinically proven to penetrate subcutaneous lobules of cellulite and dissolve lymphatic buildup significantly, to create smoother firmer thighs, buttocks, and hips.

This advanced cellulite reducing gel assists in the treatment of cellulite and localized fat, facilitating the dissolving of fat, improving micro-circulation, and the elimination of excess fluid buildup in the tissue.

Oligo.DX Cellulite Reducing Gel contains four key compounds blended to remove the unsightly appearance of cellulite. It absorbs rapidly and has a pleasant fragrance. Leaves the skin with a smoother, firmer, and healthier appearance as soon as you start to use it.

Oligo.DX® penetrates and dissolves cellulite nodules and localized fat. It has a cleansing and detoxifying effect that improves the overall quality of the skin without the need for invasive treatments. Week after week, skin texture improves, and your skin becomes smoother and tighter.

The pleasant gel stimulates the production of lipase enzymes that speed fat digestion and reduce pressure on blood and lymphatic vasculature. Natural drainage of fat, fluids, and trapped toxins can then occur through the enhanced circulatory and lymphatic systems.

Excess fluid builds up in the tissue and affects the blood and lymph circulation, making it harder to burn fat. The build-up of bodily waste, also known as toxins, attach to the large fat cells and contribute to the appearance of cellulite.

SMOOTH YOUR SKIN
Tighten, Tone, and Detoxify: a Cellulite Reduction Gel for Better Skin
Advanced Nanosome Delivery System
If an anti-cellulite formula is going to work, it must offer deep penetration. Oligo DX does just that - by dissolving rapidly into the skin, it targets localized fat for a smooth, beautiful appearance.
Improves Uneven Texture
Oligo DX® penetrates and dissolves the cellulite nodules and localized fat, leading to a smooth appearance without the need of painful massages.
Cleanse and Detoxify Skin
Oligo.DX® has a cleansing and detoxifying effect that improves the overall quality of the skin without requiring expensive treatments. Just apply the advanced formula to see more even, more uniform skin week after week.
Improves Microcirculation
With its unique formulation with micropatach caffeine encapsulated in nanosomes, it improves the microcirculation avoiding any fluid retention.
One Application per Day
Thanks to the innovative active transportation system of Oligo.DX® takes the active ingredients to the skin layers where cellulite forms and keeps working for more than 24 hours.
Tightens and Sculpts
A moisturizing body cream to firm, tighten, and sculpt your bum, legs, arms, and waist from the first month of use.

(INTENSIVE): Apply Oligo.DX® on the desired area once a day after bathing. A massage is not necessary. For visible results, continue the treatment for 60 days. (PREVENTIVE): Use this product once a day for 30 days, two to three times a year. Avoid the simultaneous use of hydrating soaps or creams. These products could interfere with the absorption. 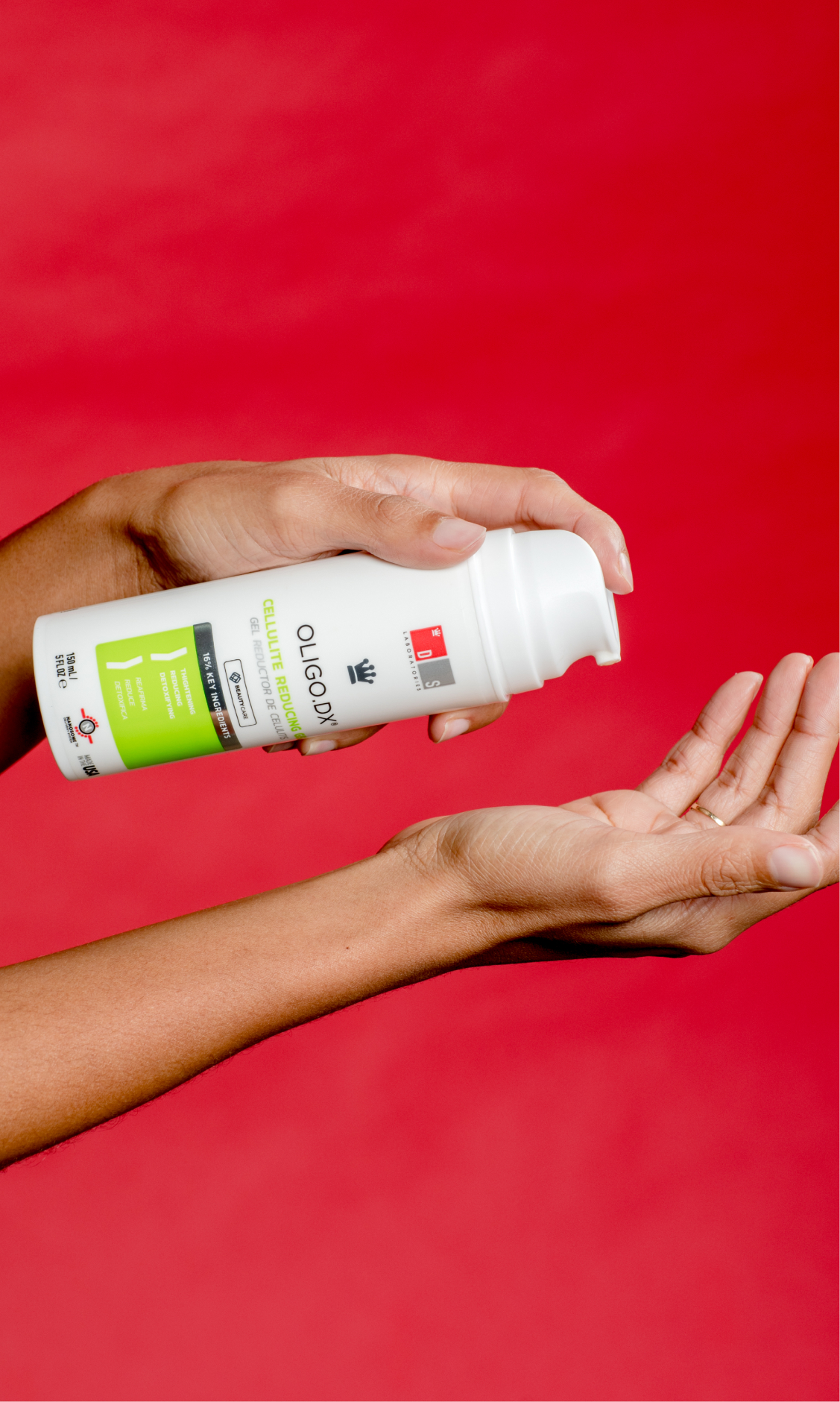 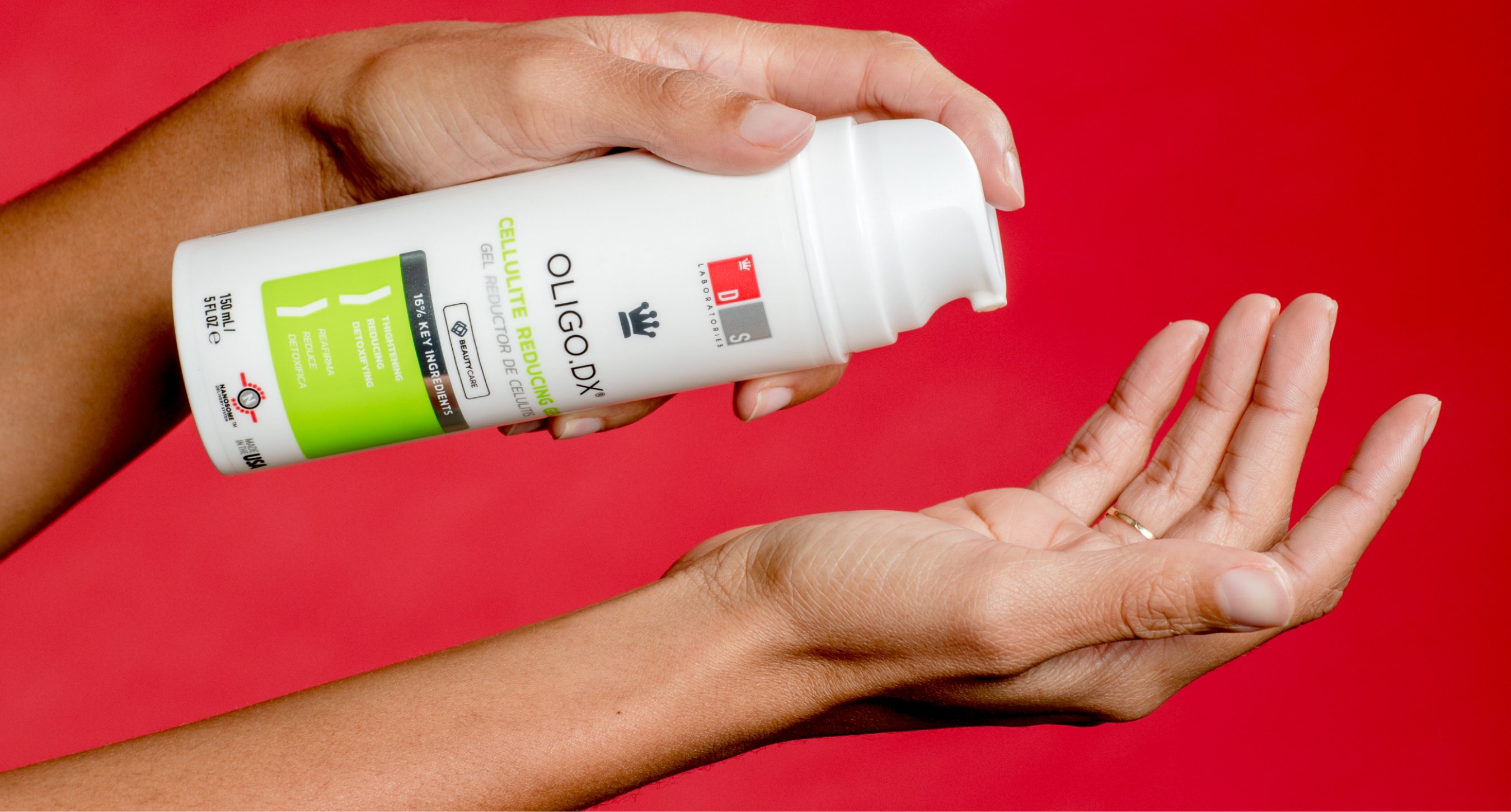 GET RID OF ORANGE PEEL
Oligo.DX is clinically proven to prevent to reduce the look of cellulite*

Your search for products that actually work is over. Our collection is clinically proven to deliver on claims based on extensive clinical studies and testing.

We will rigorously test and verify all claims through clinical studies that support product effectiveness. If a compound or ingredient has not been verified through such means, it will not be used in our products.

Many products contain harsh ingredients that harm your skin and hair. Ours don't. Our collection is designed, tested, and recommended by thousands of dermatologists - so you can rest assured you're getting a quality solution.

Don't take our word for it—ask our customers. We have over 10,000 5-star reviews, and more coming in every day. Our customers love our products and so will you! 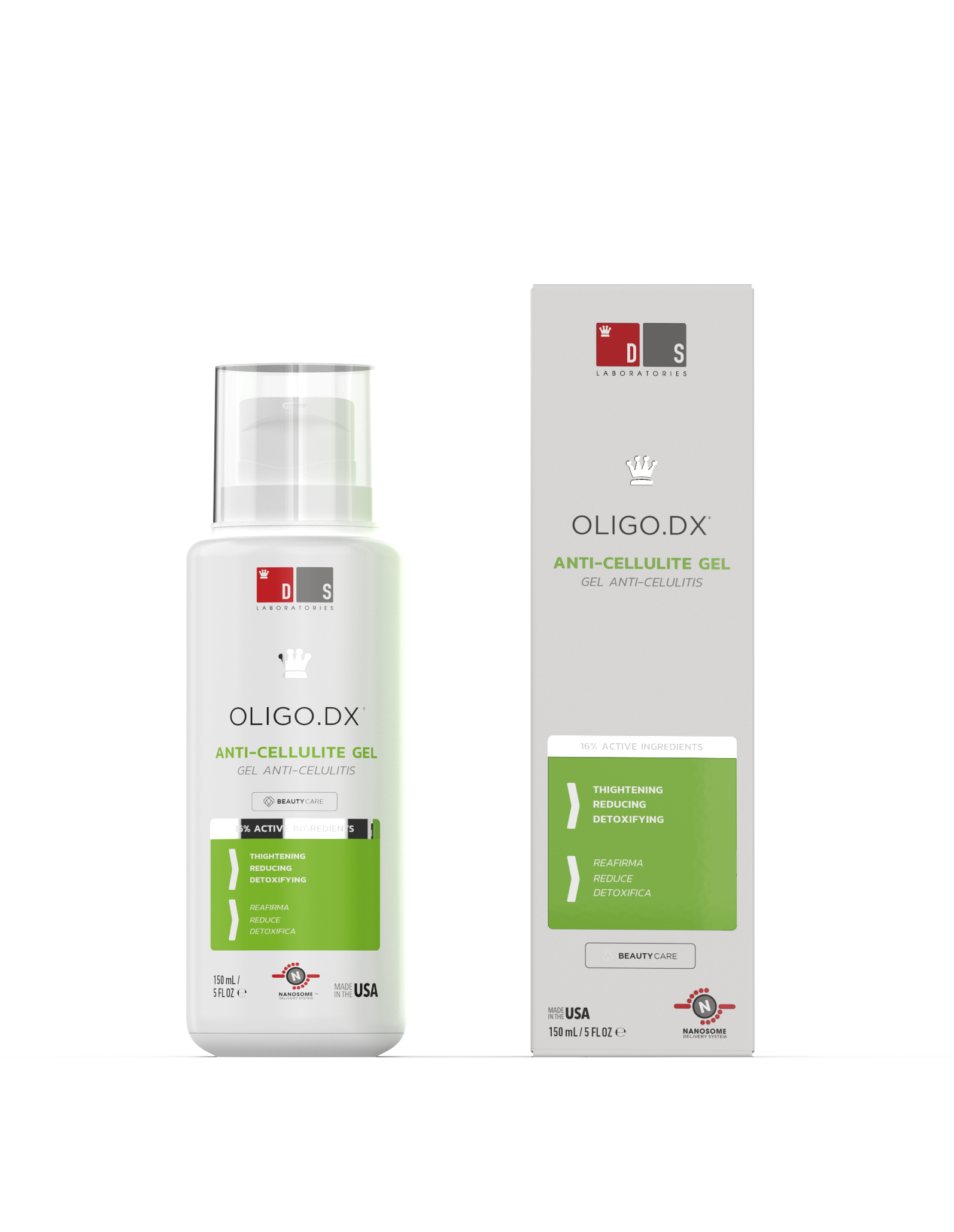 TEA-hydroiodide is a water-soluble organic compound that helps stimulate lipase activities and shape the body.
Ca

Clinical trials of topical agents containing caffeine or xanthenes for the treatment of cellulite have been performed owing to the lipolytic effects of these chemicals. It helps reduce the adipocytes and improves microcirculation.
CA

This extract is a rich source of natural antioxidant substances, and in clinical studies has exhibit anti-inflammatory activity. It also improves hydration on the stratum corneum and helps the epidermal barrier function.
Ho

This extract has many cosmetic uses and helps to boost collagen, elastin, and connective tissue while helping to reduce excess water.
IE
Read study
1 2

The leaf extract contains hederine, an active saponin, which is responsible for blood vessel protection and decreased permeability. These properties help to reabsorb edemas present in the initial stages of cellulite.
NN

It activates lipolysis to reduce fat storage, inhibits the activity of MMPs (pro-inflammatory factors), and restores the homeostasis of adipocyte tissue. In addition to its anti-cellulite effect, Lotus leaf has a powerful overall slimming effect on the thighs and abdomen.

Advanced Nanosome Delivery System encapsulates key active ingredients and delivers them to the scalp and skin for a prolonged release and higher efficacy.

Good for you,
Good for the planet

We take our commitment to the environment seriously, both in our products and our packaging. To that end, we recently introduced Oxo-biodegradable packaging. It's the same great product, with 90% less waste.
Learn more

RATINGS DO TELL A STORY