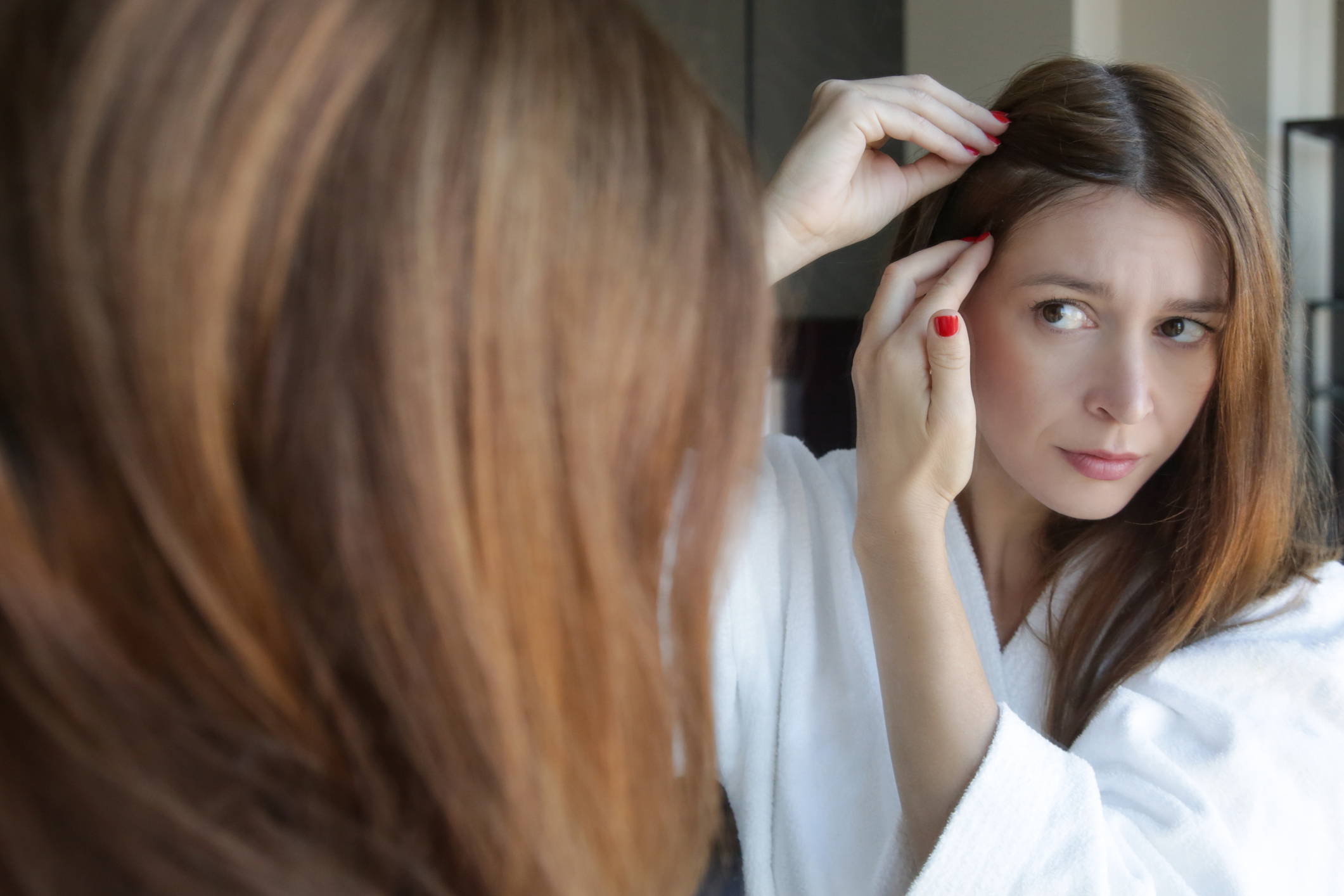 The causes of hair loss are not always straightforward. Sure, most people with hair loss usually struggle with thinning due to their genetics or DHT sensitivity. But, sometimes, other conditions can cause your locks to thin. If you notice any signs of hair loss, you must look into all possible causes, as some can be a sign of a more significant health condition or can lead to permanent changes on your scalp. Let’s explore how to manage one of the rarer causes of hair loss: frontal fibrosing alopecia.

What is Frontal Fibrosing Alopecia?

Also known by the acronym FFA, Frontal Fibrosing Alopecia is a rare cause of hair loss. This condition can lead to scarring and permanent loss if it is not addressed early on. FFA is primarily characterized by hair loss around the forehead (the front and sides of the scalp). The hair generally falls out in a symmetrical pattern, which eventually leads to scarring along the hairline. Often, the area that was once covered in hair becomes a noticeable pale, shiny, or mildly elevated scar. FFA is a progressive disease, meaning that it worsens over time.

Aside from the scalp, almost 50% of people with FFA lose their eyebrows as well. Fewer people will lose their eyelashes, and sometimes those with the condition may lose hair on other body parts.

Let’s Get a Little More Technical

Frontal Fibrosing Alopecia may be a form of lichen planopilaris, which in turn is a type of lichen planus. You may have heard of lichen planus before, as it is more common. Lichen planus is an inflammatory skin condition where the mucous membranes and skin become inflamed. In this condition, the skin tissues around hair follicles are red and scaly, which leads to thinning hair, bald patches, and may even yield tiny red bumps (called papules) that form around hair follicles. As you might imagine, these inflamed areas can feel like a painful, burning sensation that may also itch.

Because of the inflammation and loss of circulation to these areas, you can develop permanent scarring if left untreated.

One of the (many) things that makes FFA so frustrating is we know very little about what actually causes this condition. Researchers suspect that some sort of hormonal or autoimmune process disrupts normal hair follicle turnover, which causes fibrosis (scarring). This condition mostly affects post-menopausal women (where the average of a woman reaches menopause is 51). It is most commonly seen in women age 60, which is likely when the female body has been without normal levels of estrogen and progesterone for several years. However, men may also be affected by this rare cause of hair loss.

Intriguingly, the incidence of FFA is rising globally, and there have also been some cases in people under age 60. Sometimes, frontal fibrosing alopecia accompanies other forms of hair loss, including female pattern baldness and traction alopecia. (Traction alopecia is where people experience hair loss due to too much pulling or traction on the hair caused by certain hairstyles).

Autoimmune processes are likely to play a significant role as well. In autoimmune conditions, the immune system mistakenly attacks its own healthy tissues, like your hair follicles and scalp. Chronic inflammation leads to poor circulation, meaning that your tissues cannot get the nutrients and oxygen they need to maintain normal processes. Keep in mind: women are much more susceptible to autoimmune diseases than men, which may also be why a hormonal component is also suspected. Additionally, like other autoimmune diseases, FFA may have a genetic component.

Aside from autoimmune processes and hormones, other causes may increase your risk for FFA. People with FFA often have other health conditions, including:

How to Figure out If You Have FFA

If you have frontal balding and even changes in the color and thickness of your scalp, you may be curious if you have FFA. While signs and symptoms alone can give you a pretty good idea if you have this condition, there are some tests you may need to complete to get an accurate diagnosis.

Scalp biopsy - FFA is usually only confirmed if you have a scalp biopsy. A health care provider trained in scalp biopsies performs this procedure in their office. Essentially, the provider will take a small sample of your scalp to look at the number of hair follicles and the types of cells in the tissue sample, and assess for any other identifying factors (like an increase in sebaceous glands, etc.). A scalp biopsy can help identify and rule out other conditions that may affect your hair health as well.

Dermoscopy - Providers trained in using a dermascope can use this handheld device to look closely at your skin without taking any tissue. A dermascope is a microscope that makes it easier to visualize redness, swelling, and scales. It can even help a provider count individual hair follicles.

Blood tests - It can be beneficial to run a few different lab tests to see if another health condition is causing your hair loss. Your doctor may recommend a complete blood count, a thyroid function test, and an autoimmune panel.

Because the cause is still unknown, treating FFA can be particularly challenging, and no one solution works for every person with this condition. In fact, if you have FFA, you may have to try multiple different treatment options to see what helps slow the spread. Here are some treatment options you may need to explore:

What Can You Do Today If You Suspect FFA?

It is essential to take action right away when you have any signs of hair loss. Sometimes, hair loss is temporary (such as in cases of telogen effluvium). However, more often than not, hair loss worsens over time. Therefore, your actions today will help keep your hair on your head tomorrow.

When you notice the first signs of hair loss, make an appointment with a hair specialist (a dermatologist, a trichologist, etc.). Meeting with a specialist can help you identify what exactly is causing your hair loss. Knowing the cause can help you pursue the right course of treatment.

While you are waiting for your appointment, begin utilizing good hair and scalp care practices. Start by cutting back on harsh hair styling treatments and wash your hair with shampoo and conditioner systems that reduce inflammation and enrich the scalp. You may also want to explore using a product that contains Nanoxidil 5%, which helps you regrow hair while suppressing further hair loss.

At DS Laboratories, we know hair loss can be scary. That is why we have taken every step to help you stop hair loss in its tracks and rejuvenate hair follicles that were once damaged. Shop our collection today for a better hair day tomorrow.