0
Login HELP
Facebook Instagram
SHOP ALL PRODUCTS
CHOOSE 2 FREE SAMPLE SACHETS WITH EVERY ORDER
Access Denied
IMPORTANT! If you’re a store owner, please make sure you have Customer accounts enabled in your Store Admin, as you have customer based locks set up with EasyLockdown app. Enable Customer Accounts 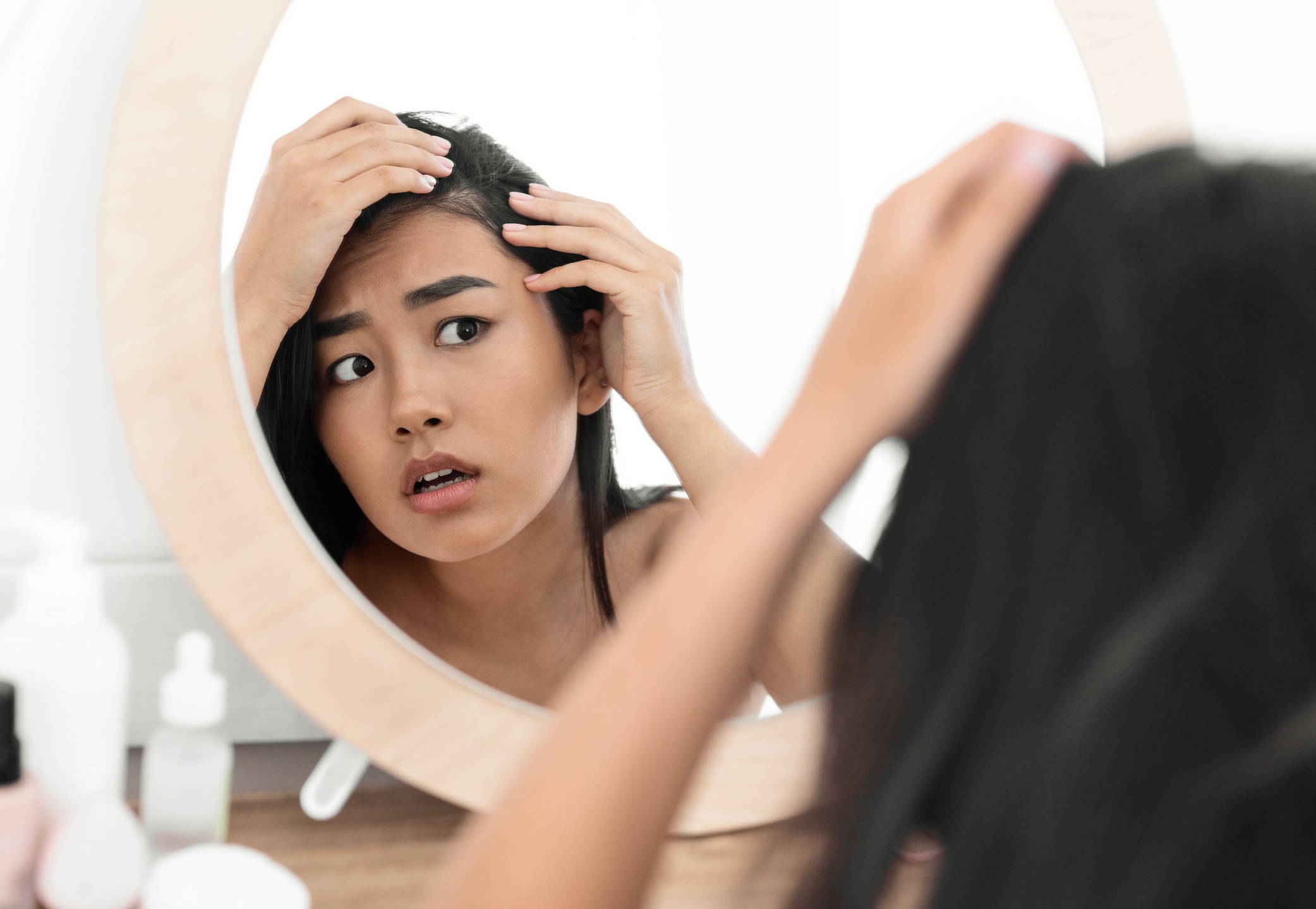 From genetics and stress to hairstyling habits, many factors can cause hair loss. But, one of the more surprising causes that many people do not know about is autoimmune diseases. People with autoimmune diseases often suffer from common symptoms like digestive upset, joint pain, and fatigue. But, most people also experience some degree of hair loss.

However, we often don't talk about this side effect because there is some stigma associated with thinning hair, and it can feel like there are more important problems to address. Yet, this symptom is very real and can be extremely hard for many people to accept and navigate. So, let's explore 6 autoimmune diseases that cause hair loss and why it happens.

Why Do Autoimmune Diseases Affect Your Hair?

Autoimmune diseases are where your own immune system attacks healthy tissues in your body. For unknown reasons, the immune system identifies your own tissues as foreign and sends antibodies to attack them. With time, your tissues become inflamed, causing severe stress on your body. Chronic inflammation can lead to numerous symptoms - one of which is hair loss.

Aside from chronic inflammation, many factors may cause hair loss in autoimmune diseases, including poor circulation in the scalp, nutrient deficiencies, increased free radicals, and imbalanced hormones.

We don't exactly know why autoimmune diseases occur, nor do we understand why rates of autoimmunity are increasing in the population. Several theories exist, however, including leaky gut theory, environmental toxins, and genetic effects. Likely, it is a combination of several factors causing autoimmune diseases to be on the rise.

The first autoimmune condition is one where the immune system attacks hair follicles on your body. So, this means there is actually an autoimmune disorder that causes hair loss. It is not as common as other disorders, but it can be debilitating for people who have it. Unlike other conditions that cause hair loss, alopecia areata often turns up in people under age 30. But, of course, it can affect anyone at any age and of any gender and ethnicity.

One of the hallmark signs of alopecia areata is bald spots scattered across your head. These spots are usually about the size of a coin and do not easily grow back, even with treatment. One of the best ways to tackle this condition is to get a diagnosis as soon as possible and start working with your dermatologist to treat the condition. Often, people require prescriptive medication like corticosteroids in the form of injections and creams.

While treating this condition, you will want to make sure to take good care of the hair you do have on your head. Use a good shampoo and conditioner that helps to reduce inflammation and dryness on the scalp while simultaneously helping with regrowth. You can find this combination of treatments in the REVITA and REVITA.CBD lines.

This autoimmune disorder is the most common cause of hypothyroidism in the United States. Hypothyroidism is a thyroid condition where your thyroid gland does not produce enough thyroid hormone to support your body systems. People with this disease struggle with symptoms like:

Thyroid hormones help control growth and development, so your hair growth can slow when you do not have enough in your body. What is more, there is underlying inflammation in your body, meaning that nutrients and oxygen are diverted away from non-essential areas like your hair.

One of the only ways to treat Hashimoto's is to take synthetic thyroid hormones to help your levels go back to normal. Once thyroid levels normalize, you can expect your hair to become thicker. Of course, taking care of your existing hair is also vital, as you will want to keep it healthy and happy for as long as possible.

One of the most debilitating gastrointestinal autoimmune disorders is Crohn's disease. It is a type of inflammatory bowel disease where the bowels become inflamed. Symptoms of this disease include pain, cramping, severe diarrhea, bleeding, weight loss, and malnutrition.

As you can imagine, it isn't easy to get all of the nutrients you need to support a healthy body with this condition. Therefore, people with this condition do not have extra nutrients to spare for processes like hair growth. Aside from nutrient depletion, this disease is also very stressful, as it can make people feel like they can't leave home, is very painful, and can lead to depression.

Treating Crohn's disease is a long road and requires various medications and procedures. However, one of the key ways people with this condition can support their hair growth is to make sure they get enough nutrients that support their whole body, including their hair.

This autoimmune skin condition can affect only certain parts of your body or may appear all over. One of the hallmark signs of this condition is silvery, scaly patches that are itchy and prone to bleeding. In addition, patches of psoriasis lead to hair loss, as there is decreased blood flow due to heightened levels of inflammation.

Like other health conditions, treating psoriasis usually requires corticosteroids and other medications. If you have a spot that flares up on your scalp, try to treat it right away and avoid itching if possible. The sooner you treat the site, the more likely you will keep your hair in that specific area.

Most Popular For Psoriasis

Systemic lupus erythematosus is a condition that varies among individuals. One of the hallmark signs is a red butterfly rash that appears across the nose and cheeks. It is also characterized by episodes or flare-ups where you feel fatigued, have a fever, joint pain, skin lesions, painful fingers and toes, headaches, and dry eyes. Hair loss is also common in this disease.

One of the more well-known autoimmune disorders is rheumatoid arthritis (RA). Most people know this condition for the debilitating joint pain it causes the people who have it. However, the inflammation in this disease can affect more than just your joints. It also can affect your skin, eyes, lungs, and cardiovascular system. Aside from joint pain, people with this condition often struggle with fatigue, loss of appetite, fever, and yes - hair loss.

Along with some of the other autoimmune conditions listed above, corticosteroids are a common form of treatment. But, many lifestyle changes can also be helpful, including stress reduction, eating healthy foods, and getting plenty of exercise as tolerable.

Hair loss is a common side effect among most autoimmune diseases. If you have an autoimmune disorder, make sure first to treat your condition. However, taking good care of your hair with the right products and using hair regrowth products containing Nanoxidil 5%, like the SPECTRAL system, can help you make huge strides in getting your hair back on your head.