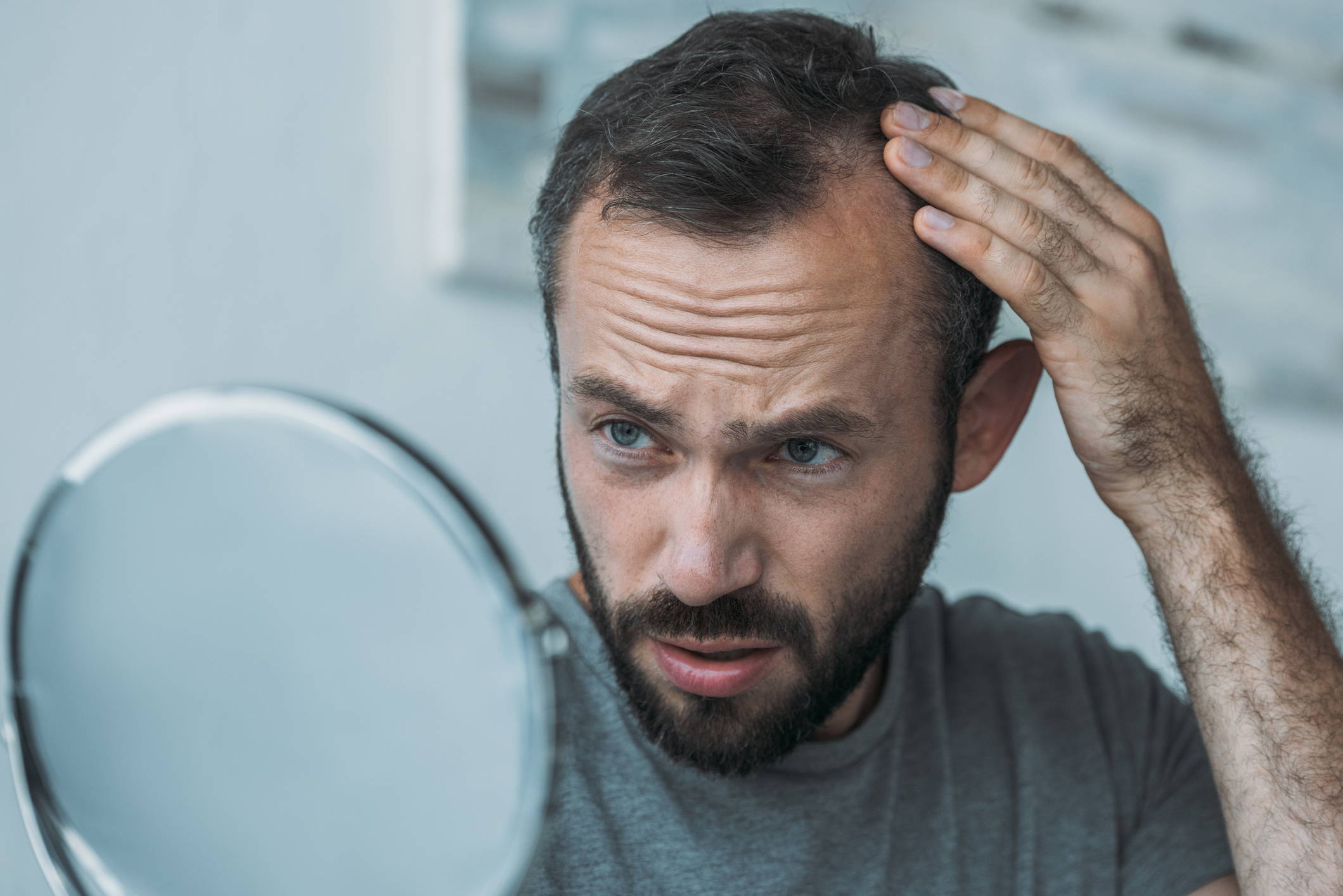 Hair plays a prominent role in our facial appearance, male and female alike, so no one would love to go bald, especially as they get older. Hence, we understand that you might want to panic when you notice that your hairline is receding. Is that a sign that you're balding? Where's your hair going? How can you fix or stop it?

Suppose this sounds like you, worry not! A receding hairline isn't always a sign that you're balding. It could mean that you're about to have or already have a mature hairline.

Yes, a mature hairline. That's what happens when your hairline starts to recede, but you aren't balding. However, before we go into details on what a mature hairline is, let's define a hairline. Simply put, your hairline refers to the edge of your hair that marks where your hair falls on your head. Hairlines can come in various shapes and locations on the head, and they can be influenced by many things, such as genetics and age.

Usually, when men are much younger – in their teens – they have what we call a "juvenile hairline." This means your hair typically falls on the top wrinkle once you wrinkle your forehead. While a few men will retain this juvenile hairline for the rest of their lives, many others won't, and these men end up having a mature hairline.

In essence, a mature hairline occurs when your hairline moves back from where it originally was, and this occurs in men between 17 and 30 years. It's a completely natural incidence and anyone who's experiencing this has absolutely nothing to worry about. Nothing more, nothing less.

Characteristics of a Mature Hairline

Mature hairlines don't occur the same way in all men. For some, their hairline might recede so gradually; no one would even notice until the process is almost over. It can take several years for some men's hairline to mature, up to 10 years in fact. And in others, the process is fast, and these are the men that usually worry that they may be going bald. Thankfully, we have established the fact that not all receding hairlines are caused by balding.

To be certain that what's going on with your hairline is totally natural and that you aren't losing all your hair, here are some characteristics of a mature hairline:

1. Although this is not the status quo for all men, a mature hairline recedes evenly. Some may have an uneven transition, but it happens evenly most of the time.

2. Your hairline is only about one-and-a-half inches above your highest wrinkle. This is how far a mature hairline recedes. If it goes any farther than this, or if the hairline is regressing onto your scalp, it may mean that you're balding.

How Do You Deal With a Mature Hairline?

Even though we've established that a mature hairline is completely normal and natural, it still isn't a smooth period for some men. For one, they might need to adjust to a new hairstyle than what they were used to before, and for others, it might serve as a constant reminder that they're aging. So yes, we understand that it might take a while to get used to the whole process.

To handle the transition that's happening on your hairline, we've put together these few tips:

1. Always remember that almost every man out there is most likely experiencing the same thing that you are, so you shouldn't feel alone in the whole process.

2. Remind yourself that you aren't going bald. You're only losing a bit of hair, not the entire thing. Also, remember that your mature hairline will stay that way until you're well into old age. So you don't have to worry about going bald later in life.

3. It might take some time getting used to, but once you do, you'll find out that a mature hairline actually looks good. Sure, it might not be the shape you're used to or the volume of hair you'd like to see on your head, but it still looks good.

4. Now would be a good time to try out some mature hairline styles. You have different style options, from keeping it messy to slicking it back and more.

Finally, don't forget that a mature hairline doesn't affect how handsome you look. You have absolutely nothing to worry about.