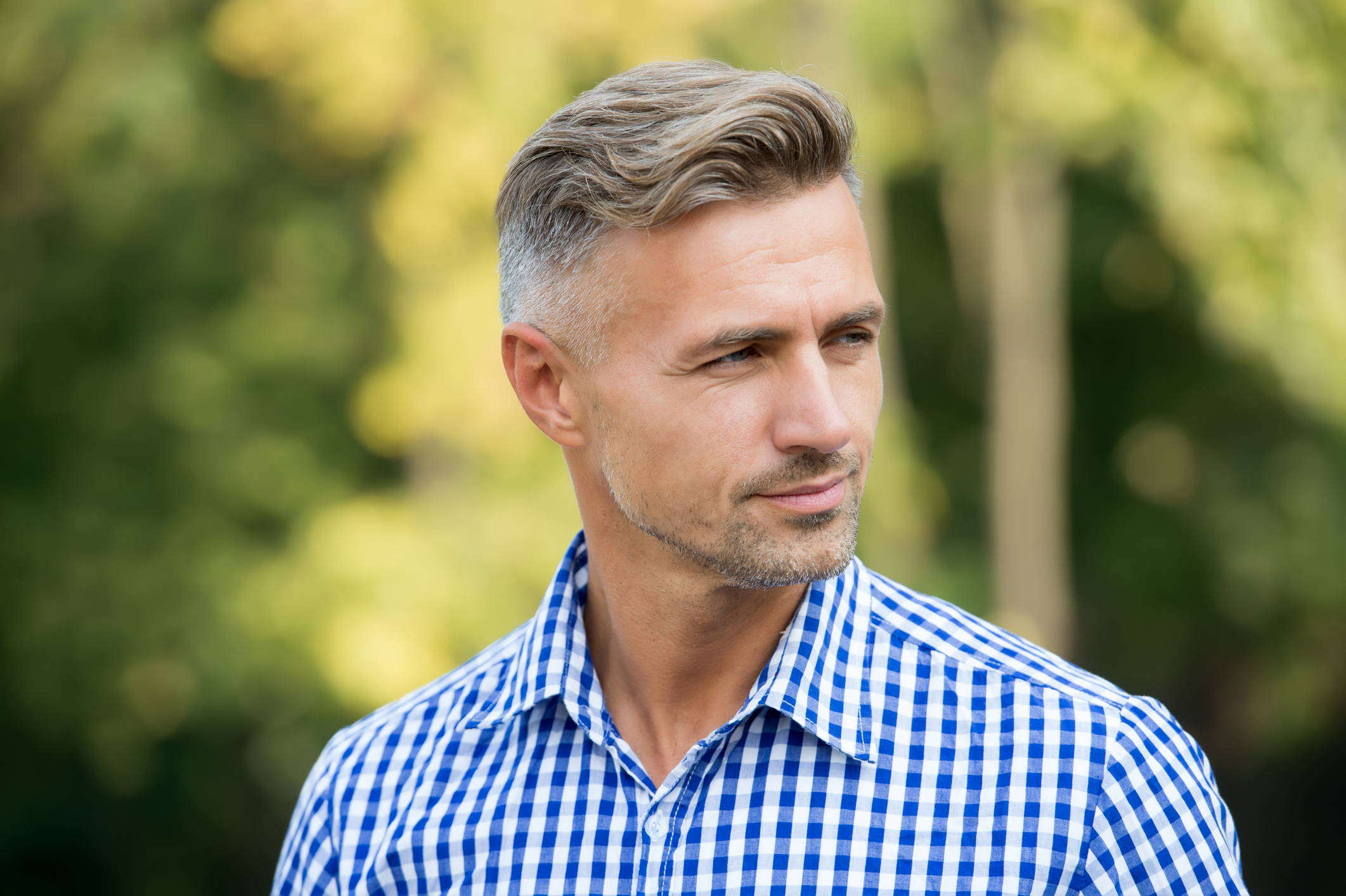 Stress is a very important physiological function of our bodies that helps us stay alive. The intricacies of how the body’s stress response works are highly complex and can range in intensity. As you may already know, a combination of hormones helps our organs adjust and respond in stressful situations. Usually, our stress response is only temporary, but chronic stress can lead to long-term changes in our body and affect our physical features. And believe it or not, chronic, or severe stress levels can certainly impact your hair color, thickness, and even the rate at which your hair grows. Here’s what you need to know about how stress can cause gray hair and hair loss.

Grey hair is a normal part of the aging process. Some people naturally gray sooner than others, and there usually is no health reason behind this color change. More often than not, it is the result of our genetics. What happens is when we reach a certain age, as determined by our genes, our melanocytes start to produce less melanin. Melanocytes are cells that secrete a pigment called melanin that gives our skin and hair their color. Before hair leaves the skin, melanin is injected into keratin cells, which take on the pigment of these specialized cells. A natural part of aging is a slow decline in melanocytes in both the hair and skin. Therefore, hair starts to take on a gray, silver, or white color in the absence of melanin.

Aging is, of course, the most common cause of gray hair in humans, but stress follows shortly behind as one of the leading causes of gray hair. For decades, we didn’t have concrete evidence as to why stress can turn hair gray, but we mostly just speculated that it was one of the causes. However, a study conducted by the NIH (National Institute of Health) in 2020 found that mice under different types of stress experienced a loss of melanocyte stem cells.

Again, because the stress response is highly complex, the researchers tried to isolate exactly what part of the stress response caused a loss of melanocytes. What was discovered was that noradrenaline, a hormone produced by the adrenal glands that activate the ‘fight or flight’ response, could affect sympathetic nerve cells extending to hair follicles. When presented with noradrenaline, melanocyte stem cells are activated and move away from the hair follicle they were initially near. In the absence of melanocytes, hair strands lose all color.

Regrettably, the researchers found discouraging news that once melanocytes go away, they don’t come back. Therefore, pigment cannot be regenerated, and color loss is permanent. What is more, the change was noted over the course of a few days, meaning it did not take long for mice to get gray hair due to stress.

Typically, most people get telogen effluvium from a significant stress-inducing event, such as a car accident, surgery, loss of a loved one, trauma, childbirth, or emotional distress. However, telogen effluvium may also show up in chronically stressed people.

The telltale sign of telogen effluvium is a significant uptick in hair shedding about three months following a stressful event. This length of time between the event and initial hair loss is due to the length of the final resting phase of the hair growth cycle, which lasts around 120 days, or three months. Depending on the severity of the stressor, along with how healthy and relaxed you are following the event, hair shedding can last anywhere from a couple of weeks, up to a year. If it lasts longer than a year, or you do not see hair regrowth, it may be a sign that something else is contributing to your hair loss.

How to keep your hair color and your hair density

Given that stress is a significant factor in both your hair color and density, it seems appropriate to encourage people to cut back on stress. But that is often easier said than done, as most of us have stress in multiple areas of our lives, such as our personal and professional lives. To get an idea of where to begin managing stress, start by reflecting on what areas of your life are causing you stress. Are there simple ways you can reduce your workload or obligations? Are there areas where you can ask for help or defer to someone else?

Next, think about how you can better your health overall. While gray hair and hair loss can be highly alarming, the health risks of chronic stress are far more serious than your hair (think cardiovascular disease, type 2 diabetes, etc.). Are there ways to get more sleep, eat more nutritious meals, and get more exercise and fresh air? Every little adjustment favoring a healthier lifestyle will make a difference on your whole body, including your hair.

Finally, simple changes to your hair care routine can also help support healthy, vibrant hair growth. For example, the right shampoo and conditioner system, along with products that correct any underlying scalp infections or hair loss caused by androgenic alopecia, can make a big difference in how you look and feel overall.